Ibara and Tetsutetsu advance to the finals.

Class 1-B witnesses Class 1-A pushing beyond their limits. 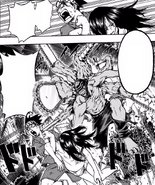 Yosetsu and Momo flee from the Chainsaw Nomu.

Momo gives Yosetsu a tracking device to attach onto the Chainsaw Nomu. 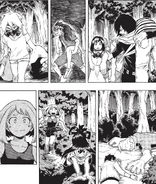 The aftermath of the Vanguard Action Squad's Invasion. 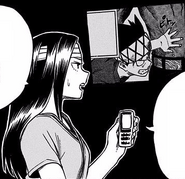 Momo reveals more about the tracking device to All Might and Naomasa.
U.A. School Festival Arc

"Romeo, Juliet and the Prisoner of Azkaban: The Return of the Kings!" 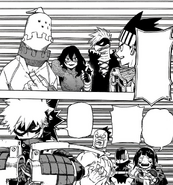 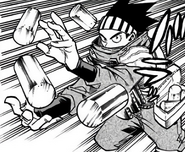 Nirengeki reveals his reasons for quitting the Sports Festival.

Class 1-B and Hitoshi reflect on the Sports Festival.
Forest Training Camp Arc

Yosetsu scared of the impending training.

Momo and Yosetsu go off to rescue other members of Class 1-B.

Monoma reveals his class' plans for the U.A. School Festival.

Yosetsu preparing to knock out Monoma for being "unstable".

Yosetsu playing a character in the Class 1-B Play.
Animated Gifs

Yosetsu using his "Weld" Quirk to attach a tracker on the Nomu.
Colored Artwork

Class 1-B prepares for the School Festival.
Promotional Material

Retrieved from "https://bokunoheroacademia.fandom.com/wiki/Yosetsu_Awase/Image_Gallery?oldid=271095"
*Disclosure: Some of the links above are affiliate links, meaning, at no additional cost to you, Fandom will earn a commission if you click through and make a purchase. Community content is available under CC-BY-SA unless otherwise noted.