Villains (, Viran?, lit. "Opponent") are people who use their Quirks to commit crimes, cause destruction, and potentially put innocent lives at stake.

There are many different types of villains in the world.

Villains started out as a group of people who wanted to use their new gifts to benefit themselves instead of helping others. Unlike heroes, these people wanted to use their Quirks to commit crime and evil. According to Naomasa Tsukauchi, in the current age, the crime rate committed by villains is quite low as a result of being pressurized by the huge amount of heroes.

At the League of Villains hideout, Tomura invites Stain to join the League of Villains as his notoriety would benefit them greatly. Tomura also tells Stain what their goals are. However, Stain is not amused with Tomura's child-like attitude, as well as his goals, and begins arguing with him. The mysterious voice on the monitor asks Kurogiri to let Tomura and Stain continue with their meeting as Tomura's meeting with Stain (an experienced infamous villain) will stimulate Tomura's growth.

All For One
Former Leader and Founder, SS-Rank Villain, Arrested 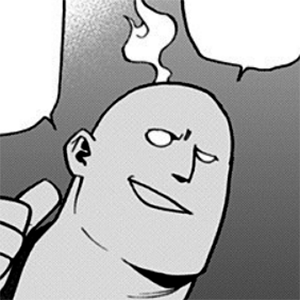 Retrieved from "https://bokunoheroacademia.fandom.com/wiki/Villains?oldid=271795"
*Disclosure: Some of the links above are affiliate links, meaning, at no additional cost to you, Fandom will earn a commission if you click through and make a purchase. Community content is available under CC-BY-SA unless otherwise noted.