The high-security prison appears to be located on an island, surrounded by giant walls. The only access to the prison is a long bridge connected to a city with the entrance guarded by two or more guards that check every vehicle going in.

Sensors are continuously monitoring the vital functions of prisoners, reacting to even the slightest sign of unusual behavior or attempt to activate a Quirk.[1] Tartarus guards also monitor prisoners in a room with several screens displaying the inside of cells, where they are alerted to movement and speaking from prisoners.[2] Guards are also allowed to use lethal force as they carry weapons.

Tartarus's interior is heavily armored with blast doors lining narrow, steel-plated hallways. Prisoners incarcerated inside Tartarus are heavily restrained, sitting down restrained on a large, high-tech chair with a full-body straitjacket. Prisoners may be manually kept alive through oxygen masks, IV fluids, and feeding tubes, such as All For One. The aforementioned sensors are also connected to four ceiling-mounted, automated machineguns that will fire on the prisoner if they suddenly move or have thoughts of activating their Quirk. Some cells, like Kurogiri's, have a room on its left side with a glass window, to observe and monitor conversations between prisoners and visitors. This room is equipped with a microphone to talk to a visitor, and computers that can detect and display a prisoner's brainwaves, which informs guards of their state of mind during a conversation with a visitor.

Not much is known about the history of the prison yet.

After the Hosu Incident, the villain Stain was sent to Tartarus.

After the Vanguard Action Squad Invasion, the villains Muscular and Moonfish were sent to the prison. Moonfish is awaiting the death penalty.[3]

After the Kamino Incident, the villain All For One was sent to Tartarus. All Might later went to meet him within the prison to discuss unresolved matters between the two.

After the Shie Hassaikai Raid, the villain Overhaul was sent to Tartarus.[3]

After being captured by Gran Torino and the detective Naomasa, Kurogiri was sent to Tartarus. Once there he shows no sign of confessing or disclosing anything about the League of Villains. [3] Although Aizawa later makes progress with him, as he mentions a hospital when asked where the Nomus are made.

The prisoners are criminals for whom the death penalty is not enough.[4] They are kept underground in the prison, watched by a multitude of sensors and guards.[2] Outsiders can visit prisoners, although their conversations are monitored and restricted, with visitors not being able to tell prisoners anything about the outside world and having a time limit on their conversation. Pro Heroes and police are also able to talk to Tartarus prisoners to conduct investigations. 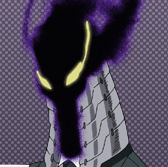 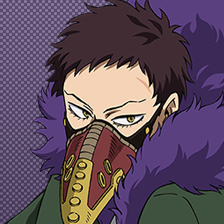 Retrieved from "https://bokunoheroacademia.fandom.com/wiki/Tartarus?oldid=229534"
Community content is available under CC-BY-SA unless otherwise noted.