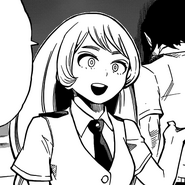 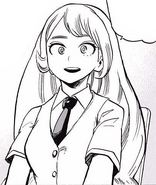 The Big 3 introduce themselves to Class 1-A.

The Heroes are ready to take on the Yakuza! 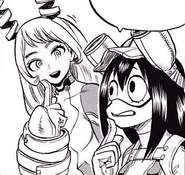 The girls take down Rikiya with a combined attack.
U.A. School Festival Arc 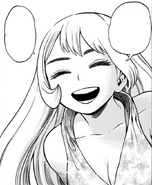 Looking forward to the Beauty Pageant

Everybody prepares for the School Festival.

The Heroes prepare for the upcoming war.

The mission to take down the PLF begins!
Official Artwork 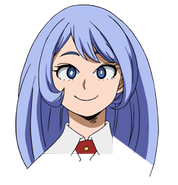 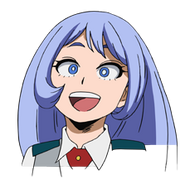 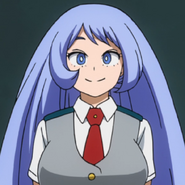 The Big 3 introduce themselves to Class 1-A.

Nejire and Tamaki introduce themselves.

The Big 3 make their exit.

The girls take down Rikiya with a combined attack.

Nejire draws a rose in the air.

Eraserhead and the Big Three taking care of Eri
Gifs

Nejire on the back of Volume 15 (US cover)

Nejire in Volume 20 (US cover)
Chapters 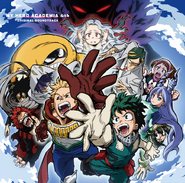 Nejire in Chapter 146's color page and 3rd year anniversary of the manga.

Nejire in Chapter 235's color spread and 5th year anniversary of the manga. 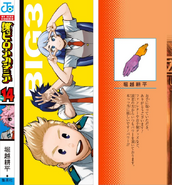 Illustration by Betten Court for Volume 15. 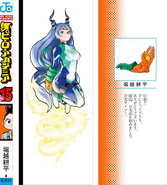 Big Three designs for the anime.

Retrieved from "https://bokunoheroacademia.fandom.com/wiki/Nejire_Hado/Image_Gallery?oldid=243484"
*Disclosure: Some of the links above are affiliate links, meaning, at no additional cost to you, Fandom will earn a commission if you click through and make a purchase. Community content is available under CC-BY-SA unless otherwise noted.