"Class A thinks it's so great. Well, let's show 'em... why we in Class B hung back and placed low in the preliminaries." 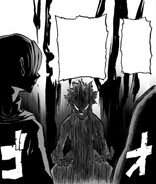 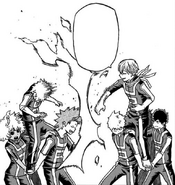 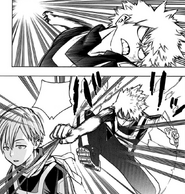 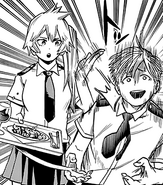 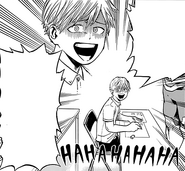 Class 1-B arrives in their Hero costumes.

Neito is thrilled to have Hitoshi as part of his team. 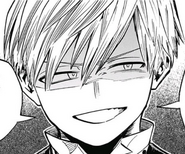 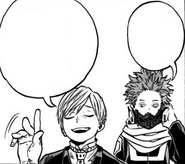 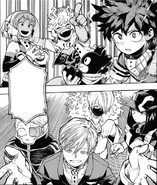 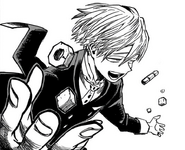 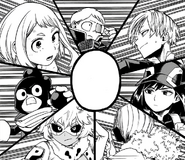 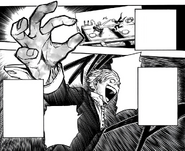 Neito attempts to activate One For All.

Ochaco pins down Neito with G.M.A! 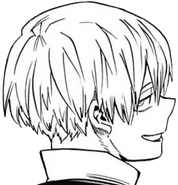 "Be careful of the supporting role's dying breath." 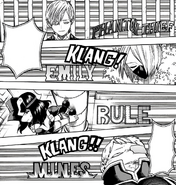 Class 1-B loses the final round.

Using Fat Gum as an example of the flaws related to his Quirk.
Endeavor Agency Arc 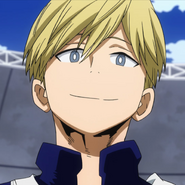 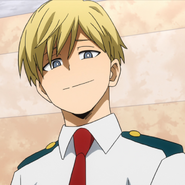 Class 1-B makes their debut.

Neito reveals his plan to overthrow Class 1-A to his class.

"Class A thinks it's so great. Let's show these jerks... why we in Class 1-B hung in the low spots."

Telling his team to have confidence in their skills to victory.

Class 1-B and Hitoshi reflect on the Sports Festival.
Final Exams Arc

Neito claims Class 1-A's misfortune will get everyone into trouble.

Neito tries to provoke Class 1-A.

Neito taunts Class 1-A yet again.

Neito reveals all of Class 1-B passed the Provisional License Exam.

Neito reveals his class' plans for the U.A. School Festival.

Yosetsu preparing to knock out Neito for being "unstable".

Neito playing as Romeo in the Class 1-B Play.
Animated Gifs

Neito helps his class prepare for the School Festival.

Neito on the alternative cover of School Briefs III.

Neito is electrocuted.
Others

Yoco Akiyama illustration.
Retrieved from "https://bokunoheroacademia.fandom.com/wiki/Neito_Monoma/Image_Gallery?oldid=251754"
*Disclosure: Some of the links above are affiliate links, meaning, at no additional cost to you, Fandom will earn a commission if you click through and make a purchase. Community content is available under CC-BY-SA unless otherwise noted.