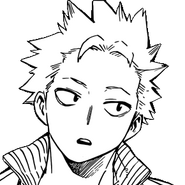 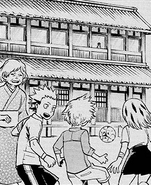 Natsuo plays with his siblings.

Natsuo and his sister visiting their mother. 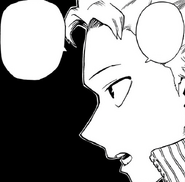 Natsuo said that he won't forgive his father for his cruel mistreatment towards Shoto and Rei. 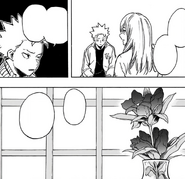 Natsuo and Fuyumi watching in horror.

Natsuo doesn't understand why Endeavor doesn't give up.

Natsuo and his sister looking on in shock and disbelief. 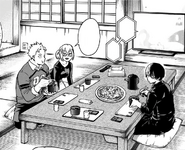 Natsuo eating with his family.

Natsuo unleashes his feelings onto his father.

Natsuo is being held hostage by Ending. 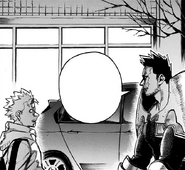 Endeavor accepts that Natsuo does not forgive him. 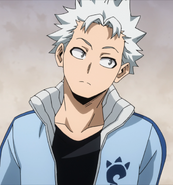 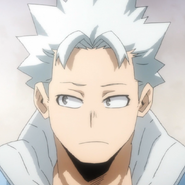 Natsuo plays with his siblings.

To his embarrassment, Natsuo is taunted by his sister for having a secret girlfriend.

Fuyumi and Natsuo watch in horror as their father is injured.

Natsuo wonders why Endeavor doesn't give up the fight.
Volume Extras

Natsuo's Profile
Retrieved from "https://bokunoheroacademia.fandom.com/wiki/Natsuo_Todoroki/Image_Gallery?oldid=248481"
*Disclosure: Some of the links above are affiliate links, meaning, at no additional cost to you, Fandom will earn a commission if you click through and make a purchase. Community content is available under CC-BY-SA unless otherwise noted.