My Hero Academia: Two Heroes (のヒーローアカデミア ～の～, Boku no Hīrō Akademia Za Mūbī ～Futari no Hīrō～?) is an animated movie that was announced in the combined second and third issue of 2018 in the Weekly Shonen Jump magazine, with a key visual revealed at Jump Festa 2018 on December 16, 2017.[1] The film features original content that is yet to be seen in the ongoing manga. It was released on August 3rd, 2018 in Japan[2], with a special showing at Anime Expo on July 5th.[3] Official theatrical dates for the United States and Canada were revealed at San Diego Comic Con 2018, and it released in those regions on September 25, 26, 27, 29 and October 2, 2018.[4] Due to the critical and financial success of the movie, it was given two additional screenings on October 4 and 6.[5] Following its worldwide success, the movie is was in 4D in select theaters in Japan on January 11, 2019.[6]

The climactic finals are over, and U.A. is getting ready for the summer training camp.

All Might receives an invitation from a certain person to go overseas to a giant artificial moving city called I-Island, and brings Izuku Midoriya along with him. This island, a kind of “science Hollywood” that gathers the knowledge of scientists from around the world, is holding an exhibition called I-Expo showcasing the results of Quirk and hero item research. In the midst of all this, Izuku meets a Quirkless girl named Melissa and remembers his own Quirkless past. Out of the blue, the impregnable security system the island boasts is hacked by villains, and all the people on the island are taken as hostages! Now, a plan that could shake hero society has been put into motion! The man who holds the key to it all is the number one hero and Symbol of Peace, All Might.

Movie Logo.
Full Movie Logo.
Students.
Illustration by Kohei Horikoshi celebrating the movie's announcement.
Poster with the full title and a new key visual
Third Poster
Character Designs from the movie
Poster for the re-release of the movie in 4-D
Horikoshi encourages fans to watch the movie again, this time in 4-D 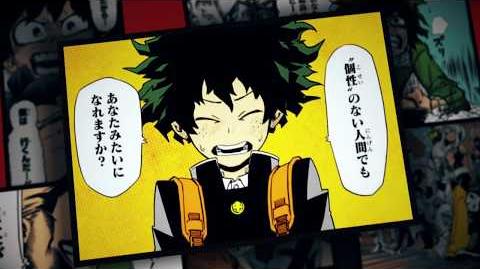 【特報】『僕のヒーローアカデミア THE MOVIE 〜2人の英雄(ヒーロー)〜』／8月3日(金)公開
The first movie teaser trailer was released on April 4th, 2018 and gave us a look at All Might in his prime. 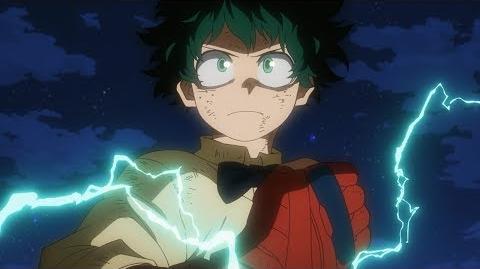 【予告】『僕のヒーローアカデミア THE MOVIE 〜2人の英雄(ヒーロー)〜』／8月3日(金)公開
The second movie teaser trailer was released on June 14th, 2018 and gave us a look at Izuku's new gadget and the movie's theme song. 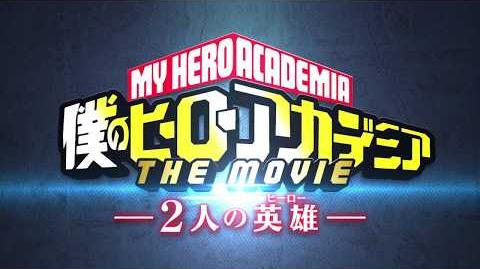 【ロングホープ・ムービー】『僕のヒーローアカデミア THE MOVIE ～2人の英雄(ヒーロー)～』／8月3日(金)公開
The third movie teaser trailer was released on July 27, 2018 and showcased clips of the movie's main action scenes. 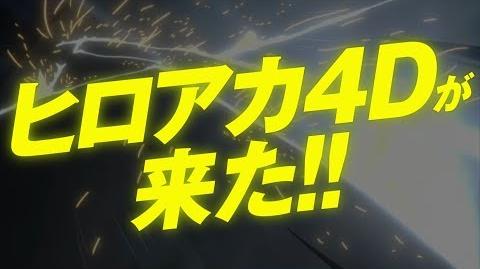 Retrieved from "https://bokunoheroacademia.fandom.com/wiki/My_Hero_Academia:_Two_Heroes?oldid=163099"
*Disclosure: Some of the links above are affiliate links, meaning, at no additional cost to you, Fandom will earn a commission if you click through and make a purchase. Community content is available under CC-BY-SA unless otherwise noted.