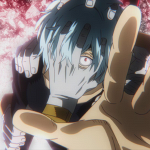 Content Moderator
4,893 Edits since joining this wiki
May 9, 2018
1 Discussion posts

← You did not specify any title
Loading editor
Newest threads
Give Kudos to this message
You've given this message Kudos!
See who gave Kudos to this message
Retrieved from "https://bokunoheroacademia.fandom.com/wiki/Message_Wall:WitheredFreddy1993"
*Disclosure: Some of the links above are affiliate links, meaning, at no additional cost to you, Fandom will earn a commission if you click through and make a purchase. Community content is available under CC-BY-SA unless otherwise noted.