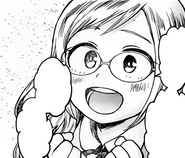 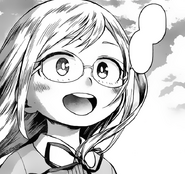 There Will Always Be Someone Out There Who's Someone Else's Hero 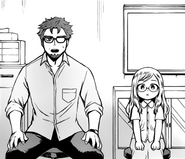 Melissa and her father. 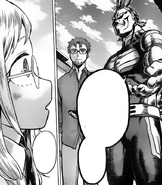 "Your Dad is my Hero!"
Official Artwork 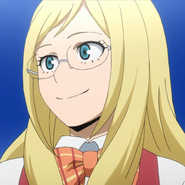 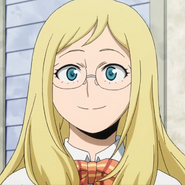 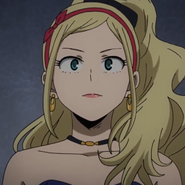 Melissa prepares for the I-Expo.

Smiling at the sun.

Melissa shows Deku around the pavilion.

"Your class is so amazing!"

Melissa arrives in her dress.

The students decide to save everyone.

Melissa and the others face the Security Bots.

Ochaco lifts Melissa and Izuku to the top floor.

Melissa horrified by her father's actions.

Melissa tells her father about the villain attack.

Melissa and Izuku watch in horr.

Melissa sees her father get shot.

Melissa's resolve to save everyone.

Melissa happy to see All Might save the day.

Horikoshi talking about the movie.

Team Up Mission Promotional Art
Others 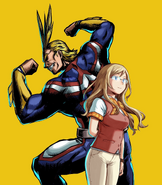 Illustration by Yoco Akiyama to mark the 4th anniversary of BnHA’s serialization.
Retrieved from "https://bokunoheroacademia.fandom.com/wiki/Melissa_Shield/Image_Gallery?oldid=229756"
Community content is available under CC-BY-SA unless otherwise noted.