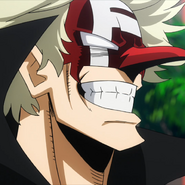 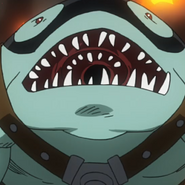 Unnamed Rocket Launcher Quirk: The Red Villain's Quirk grants him the ability to transform his arms into cannon barrels that shoot missiles. He can only launch two rockets at a time.

Unnamed Transformation Quirk: The Blue Villain's Quirk gives him the ability to enlarge his monstrous form. This gives him great mobility and strength to travel at quick speeds and even latch onto buildings.

Retrieved from "https://bokunoheroacademia.fandom.com/wiki/L.A._Villains?oldid=278499"
*Disclosure: Some of the links above are affiliate links, meaning, at no additional cost to you, Fandom will earn a commission if you click through and make a purchase. Community content is available under CC-BY-SA unless otherwise noted.