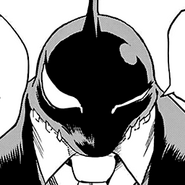 Gang Orca and his sidekicks invade. 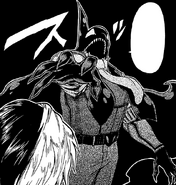 "You reap what you sow."

Shot and Inasa trap Gang Orca inside a spiraling flame.

"Please stay away from them!"
Remedial Course Arc 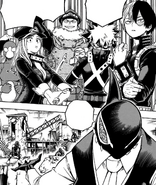 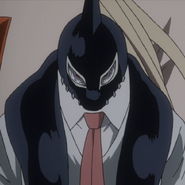 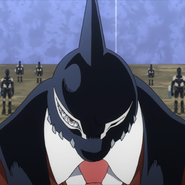 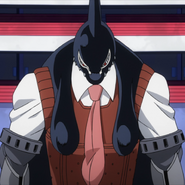 Gang orca is recruited to the Hideout Raid Team

The Top Pro Heroes assemble for a strategy meeting.

Gang Orca and Best Jeanist are on their guard against All For One.

All For One attacks.
Provisional Hero License Exam Arc

Gang Orca and his sidekicks invade the arena.

Gang Orca admits the students nearly got the best of him.
Remedial Course Arc

Gang thanks Ikoma for her collaboration.

"You reap what you sow."

Shoto and Inasa trap Gang Orca inside a prison of hot wind.

"Please get away from them!"
Vigilantes

Kugo on the back of Volume 18
Chapters 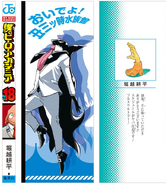 Kugo on the promotional poster for Season 3 (Poster 2).
Retrieved from "https://bokunoheroacademia.fandom.com/wiki/Kugo_Sakamata/Image_Gallery?oldid=230905"
Community content is available under CC-BY-SA unless otherwise noted.