Jump Force is a 1-v-1 fighting game where the player controls a team of three characters from a selection of various manga series featured in the Weekly Shonen Jump magazine. Players control one character at a time while the others are used as support, with players able to switch between them during battle. Combat functions similarly to the previous Jump fighting game, J-Stars Victory VS, with players moving around a 3D space and utilizing various combos and special moves to attack their opponents. The match ends when one team depletes the other's health bar.

Jump Force was developed by Spike Chunsoft and published by Bandai Namco. The game runs on Unreal Engine 4, and was created in commemoration of the 50th anniversary of Weekly Shonen Jump. Dragon Ball creator Akira Toriyama designed the original characters created for the game. Jump Force was announced at E3 2018 during Microsoft's press conference and the game was released on February 15, 2019 for Windows, PlayStation 4 and Xbox One.

The game received "mixed or average reviews" according to review aggregator Metacritic.

In Japan, approximately 76,894 physical units for PS4 were sold during its launch week, becoming the top-selling game that week. As of 17 March 2019, the PS4 version has sold 190,214 physical units in Japan.

In North America, the game debuted at number two on NPD's monthly sales chart for February 2019, behind only Anthem. Jump Force is North America's fourth best-selling game of 2019 (behind only Kingdom Hearts III, Anthem, and Resident Evil 2), and had the third highest launch month sales for a Bandai Namco game in the territory.

In the United Kingdom, Jump Force debuted at number four on the weekly charts, with the PS4 version accounting for 74% of launch sales. Steam Spy estimates that the PC version sold between 50,000 and 100,000 units worldwide on the Steam platform, as of March 23, 2019.

Deku as he appears in the game. 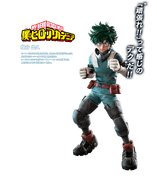 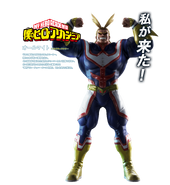 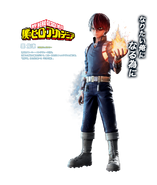 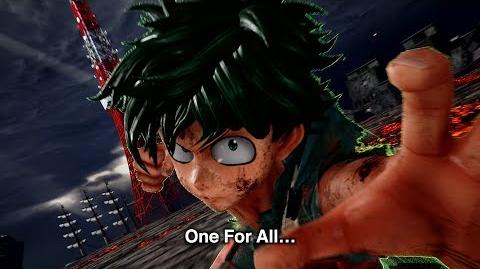 Retrieved from "https://bokunoheroacademia.fandom.com/wiki/Jump_Force?oldid=278271"
*Disclosure: Some of the links above are affiliate links, meaning, at no additional cost to you, Fandom will earn a commission if you click through and make a purchase. Community content is available under CC-BY-SA unless otherwise noted.