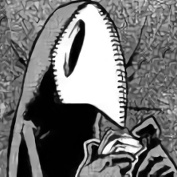 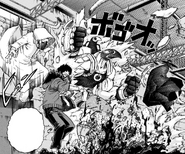 Overhaul's followers storm into the hideout.

Mimic attends a meeting with Overhaul and Shigaraki

Tomura is held at gunpoint by Chronostatis and Mimic.

Mimic activates his Quirk to hold off the Heroes.

Retrieved from "https://bokunoheroacademia.fandom.com/wiki/Joi_Irinaka/Image_Gallery?oldid=225462"
Community content is available under CC-BY-SA unless otherwise noted.