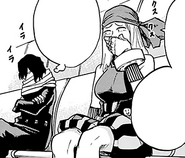 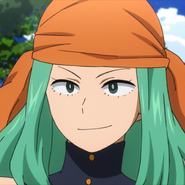 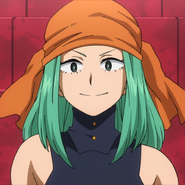 Ms. Joke takes out a villain.

Ms. Joke talks about her class.

Emi on the back of Volume 12 (US cover)
Volume Extras